The NETTT used in this installation is the same kind I discovered in the Arrowhead show and used in Super Mega Art Blast 2000. It was based on adding new strings by tying to the middle of strings already in the structure and ended up being a study in tension. I moved on from this type to make 2-D and 3-D triangle meshes starting at Nuit Blanche North 2012 – One Big Eye. It simply consists of a number of points connected locally – connected to the points (nodes) closest to them. This new form is one I have settled on now (as of 2014). It is modeled on the triangle meshes used in computer graphics to render objects in two and three dimensions. NETTT – GFG – Space Flood, my Harvest installation from 2012, is one of the best examples of the 3-D version. 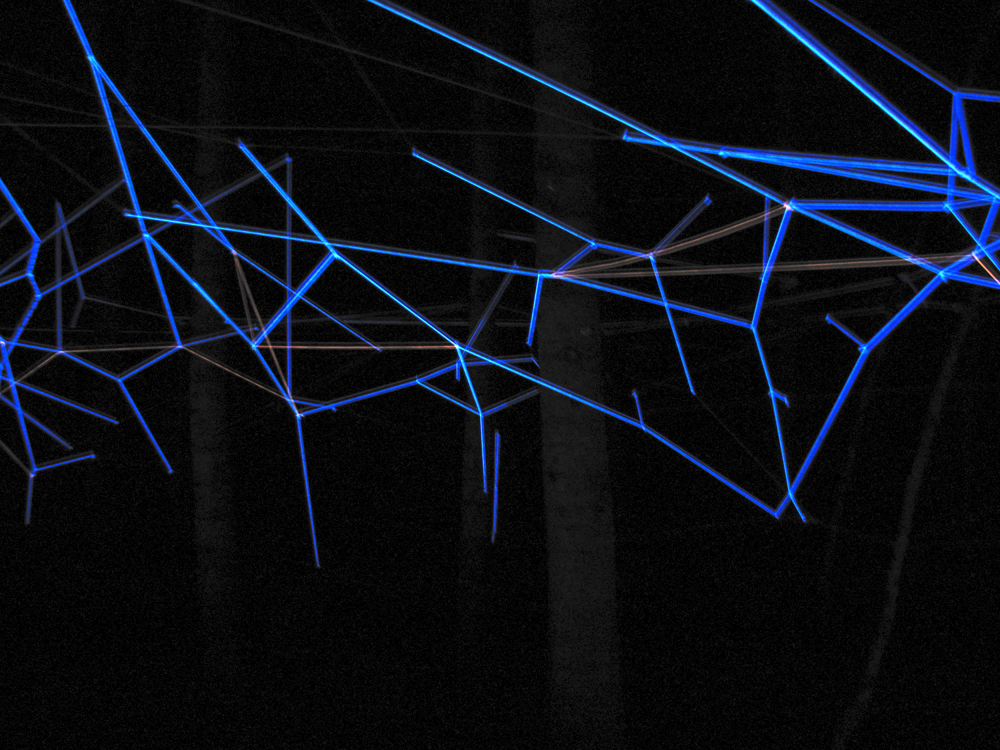 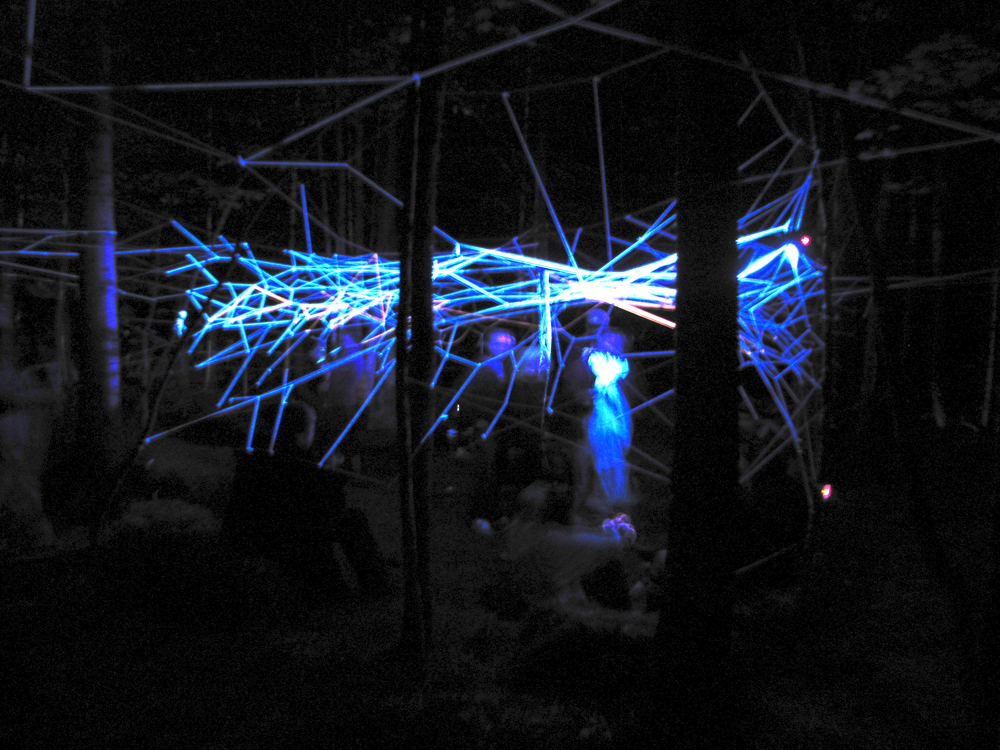 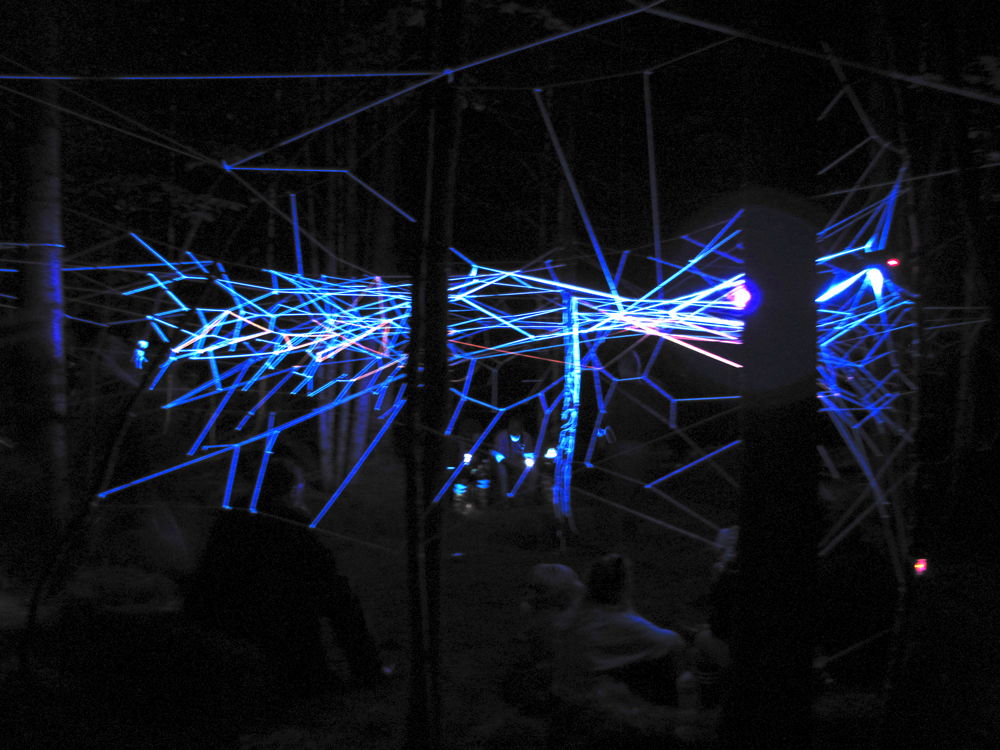 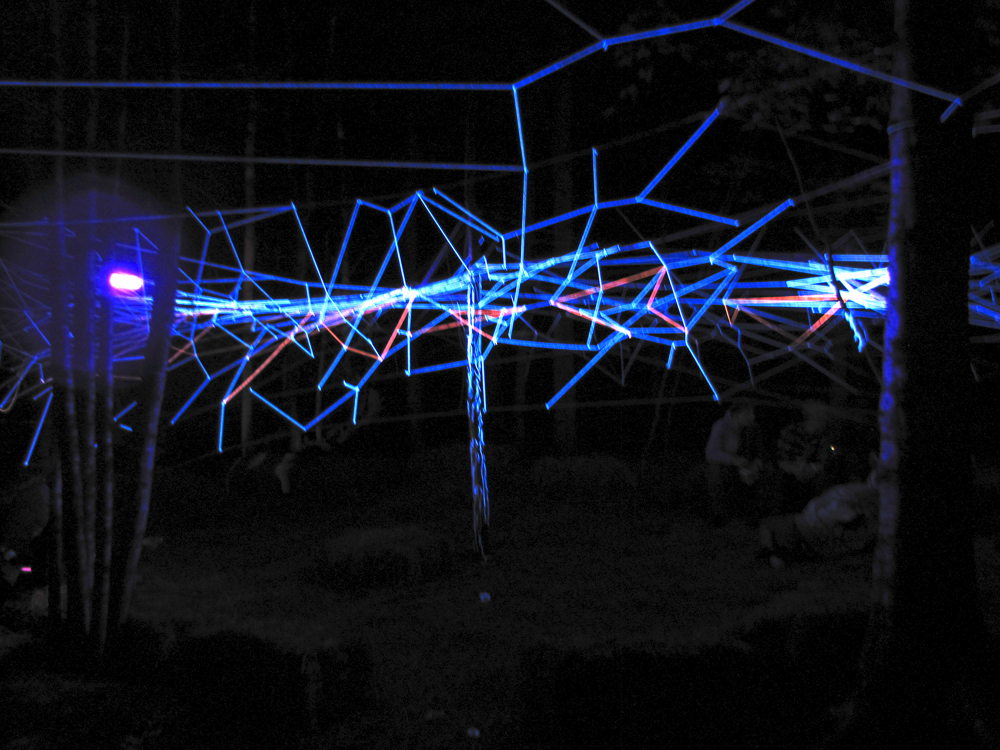 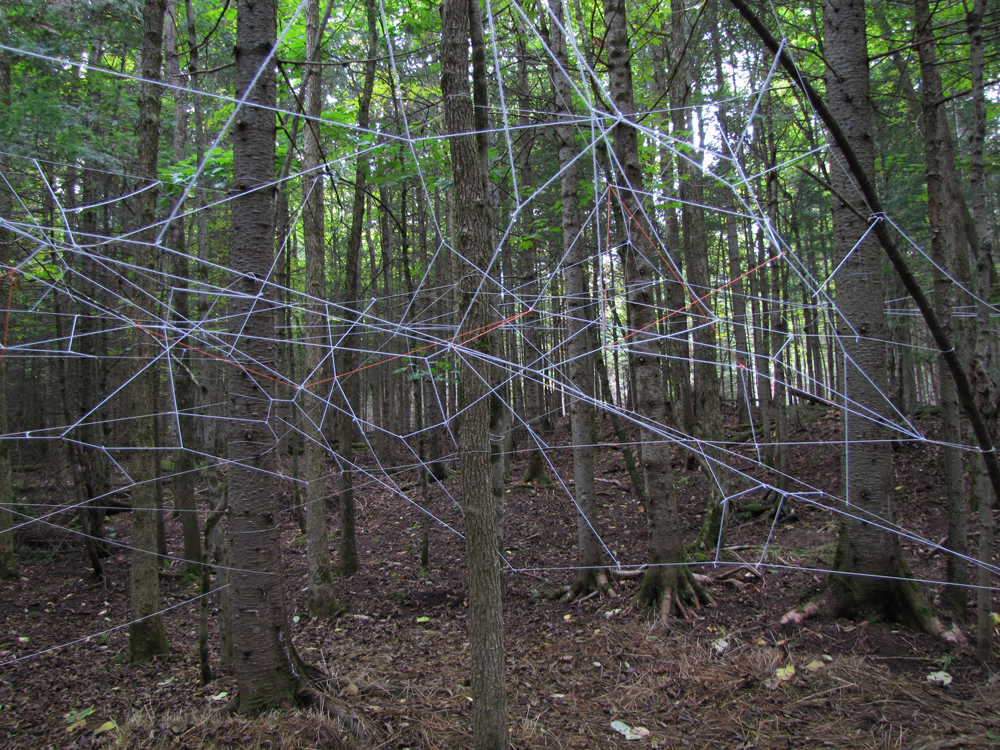 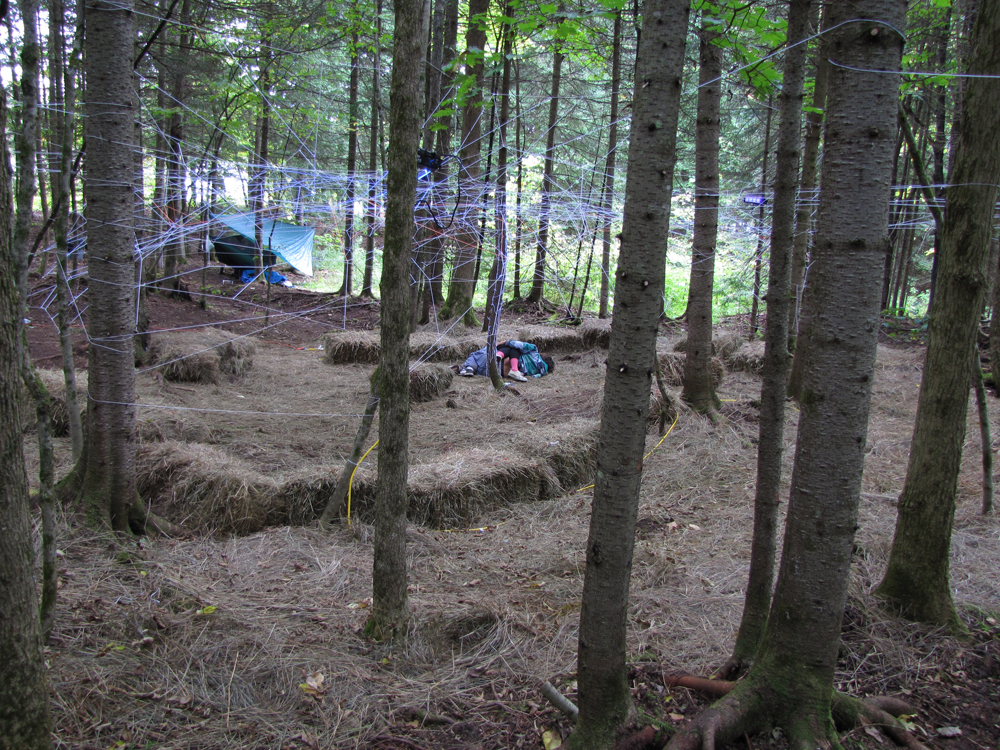